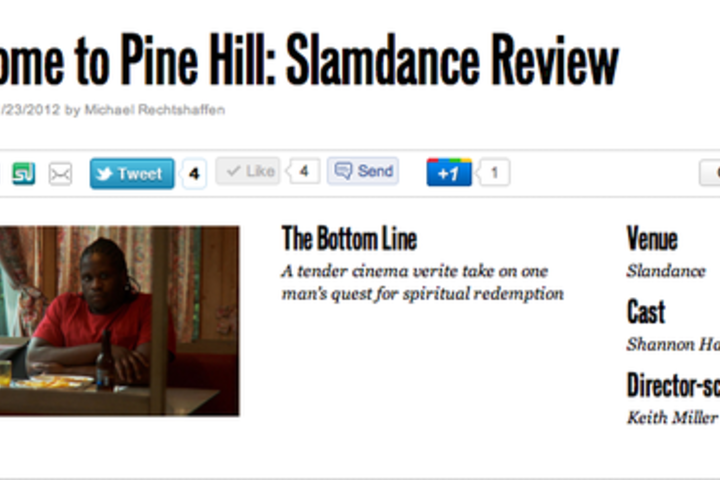 Compellingly blurring the boundaries between documentary and narrative forms, Welcome to Pine Hill is an atmospheric rendering of a New Yorker’s journey of self-discovery.

Born out of an encounter between writer-director Keith Miller and the film’s star, newcomer Shannon Harper, over the rightful ownership to a puppy (leading to the 2010 short, Prince/William), the extended version tweaks fact and hones fiction to create something uniquely intimate.

With no previous acting experience, Harper, essentially playing himself, is a quietly powerful presence as the film’s ever-present protagonist—a reformed Brooklyn drug dealer who works as a car insurance claims adjuster during the day and as a bouncer at night.

But just as he seems to be getting his life together, he receives a disturbing diagnosis pertaining to the severe stomach pains he’s been experiencing.The news propels him to settle some personal and professional debts, before escaping the hustle of the city and seeking sanctuary in the comparative wilderness of Upstate New York, with poignant results.

Miller coaxes a uniform authenticity from the performances, delivered by a cast of actors and non-actors, while touching on issues of race and class without having to get preachy or heavy-handed.
While some of those extended improvised takes work more successfully than others, the overall effect, like the one provided by that ending trek up the Catskill Mountains, is a welcome breath of fresh air.