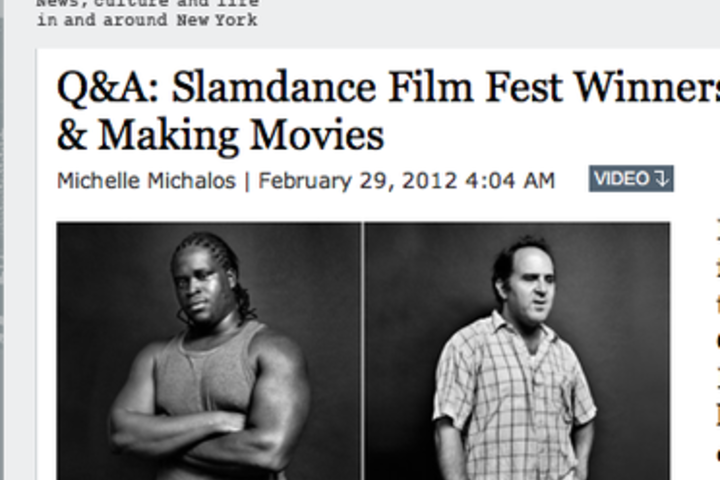 Q&A: Slamdance Film Fest Winners on Making Friends & Making Movies
FULL ARTICLE: http://www.thirteen.org/metrofocus/culture/qa-slamdance-film-fest-winner...
An encounter between Shannon Harper, left, and Keith Miller, right, on the streets of Brooklyn inspired the indie film, "Welcome to Pine Hill."
In ”Welcome to Pine Hill,” the film that took home the Slamdance Film Festival Grand Jury Prize, a reformed Brooklyn drug dealer receives life-changing news that compels him to make peace with his past and seek freedom beyond the bounds of New York City.

Shot in a cinema verité style, the film pulls from the real life experiences of star Shannon Harper, who makes his debut performance playing himself, and filmmaker Keith Miller.

MetroFocus spoke with Harper and Miller about how their “only-in-New York” type of first encounter inspired the film and led to an unlikely friendship.

Q: Keith, you met Shannon through a chance encounter on the street in Brooklyn. Can you describe it?

Miller: I found a four-month-old puppy on the street in the South Slope and looked around the neighborhood to try to find the owner — I knocked on doors and put up signs. Over the course of the next two months, I fell in love with the dog. At 11:30 one night, when I was walking him on 17th Street and 6th Avenue, Shannon came up to me and said, “That’s my dog.”