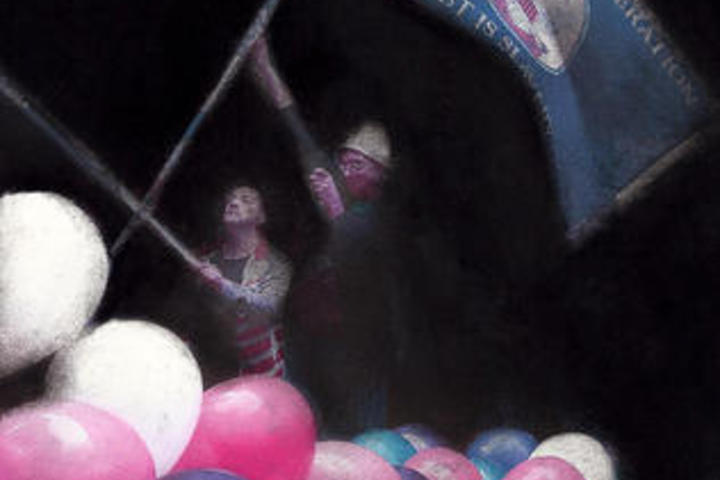 Featuring artists, designers and filmmakers of the 99%, including:

If the Occupy Wall Street movement was initially criticized for being inchoate, it is because the protesters are speaking a language that is new and therefore not well understood. The generational shift at the heart of this burgeoning movement, seen in its vocabulary and medium, seems to be central to the way it is being misunderstood. As the autonomous and disparate OWS media efforts bypass mainstream channels again and again, whether they be print, Web or televised media, or corporate, police or government spokespeople, it is clear that this disparate group speaks in a vernacular that can only be understood as of the Internet age, and does so horizontally instead of the traditional print-based verticality of the past. While even new media sources try to report on the movement, the OWS media campaigns have shown that the challenge is to speak more clearly, more quickly and more broadly without regard to being understood in the old sense. Although the movement lacks what many critics say it must have (a single message, a leader, a platform, demands), its messages have gotten out clearly, spread widely and been discussed globally.

This is what democracy looks like considers this historical moment and the transformation of its communicative gestures from a twentieth to twenty-first century model of communication. In this exhibit, we ask, What exactly is the Occupy Wall Street movement? What is the language it speaks? And we look at the promise it offers in its ability to communicate in new ways and to open up new channels of democratic dialogue and participation.