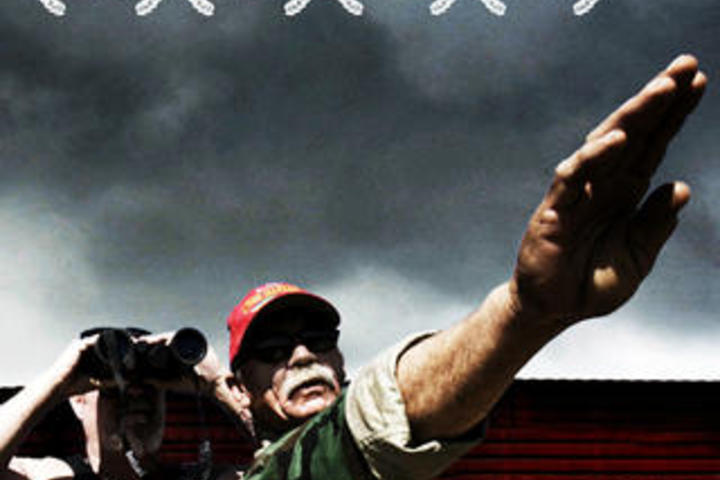 Synopsis:
In a barren desert surrounded by limitless horizon, there stands a 700 mile perforated barrier separating Us and Them. The sun sets along this rusty fence as a crusty old veteran puffs a cigarette and lowers his binoculars. The day is over and the cold night is theirs. He lowers the flag, salutes a helicopter passing through the darkness, and settles into his dusty camper for another canned meal alone on Patriot Point.

In 2005, aggravated by the influx of undocumented immigrants and fed up with the lack of government involvement, the Minutemen positioned themselves along the U.S. / Mexico border. Armed, energetic, and bound by common ideals, they are a diverse, often fragmented group of disillusioned freedom fighters led by a modern day Don Quixote "Lil' Dog" and his four legged companion "Freckles".

Zealous and often comical, these subjects exist in what many believe to be the realm of vigilantism. This cinema vérité documentary follows nine of these eccentric, self-appointed watchdogs as they fight to regain their sovereignty as well as their own sanity in an isolated and dangerous landscape. Filmed over the course of four years, we examine the motivations of and relationships between these conflicted patriots.