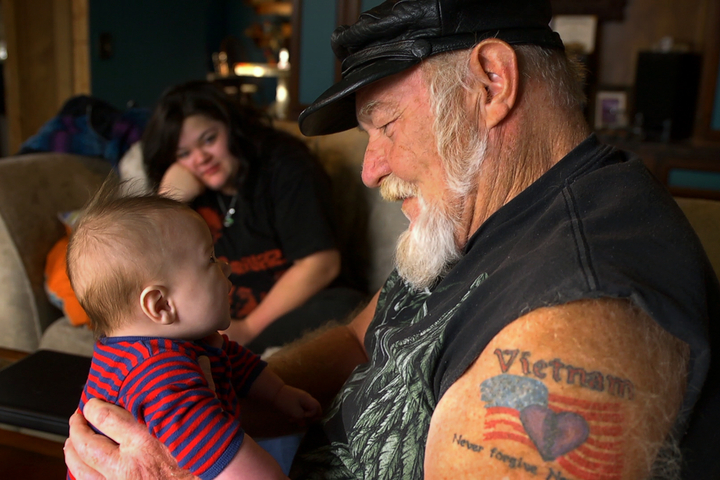 "...a beautifully crafted observational portrait that addresses, with love, empathy and humor, some of the issues we struggle with as a country today, such as PTSD, immigration and poverty. Never lecturing, but instead revealing an intimate glimpse of a man's family and his compassionate, troubled heart."

Variety: "In an era when many coastal Americans’ ideas of the heartland poor come from hicksploitation TV series, Stray Dog provides a very welcome corrective."
Indiewire: "It’s a remarkable feat of unfolding this story, a remarkable portrait not only of this particular man, but of a culture in a transitioning moment. As we welcome home even more generations of traumatized soldiers, it’s the Vietnam vets that we have to look to to understand how this will affect these men and women down the road."
Nonfics: "Whenever someone asks what I mean when I say that too many docs look and feel the same, I can say, “None of them are like Stray Dog.” This is a film that blows apart your preconceived notions of how a documentary can be put together. It is a perfectly told story with vivid characters, an acute sense of place and many marvelous emotional beats."