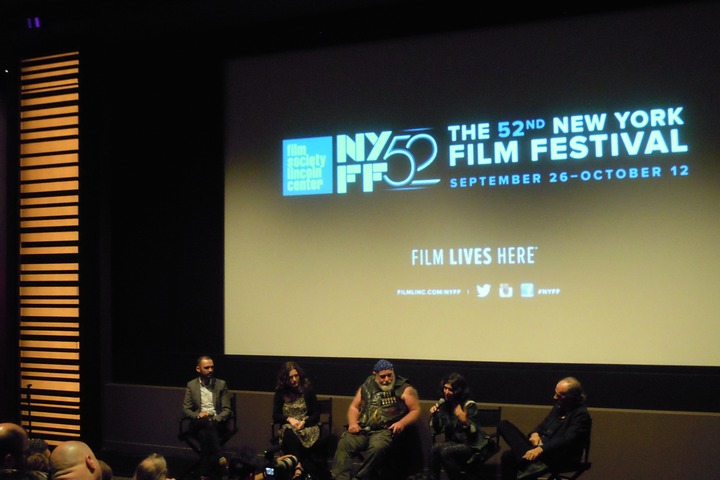 STRAY DOG (directed by Debra Granik with cinematography and editing by BFCers Eric Phillips-Horst and Tory Stewart, respectively) is having its New York premiere in the 52nd New York Film Festival's Spotlight on Documentary. After two lively screenings and Q&As, an encore screening has been added in Walter Reade on Sunday, October 12th, at 2:30pm.

A.V. CLUB: "In its quiet, vérité way, Stray Dog ponders some of the major issues in American life: the lasting impact of wars on those who fight them; the government’s treatment of veterans, whose lives remain largely absent from public view; and the difficulties of immigration and assimilation. It’s a film that starts as a character study and builds into something much larger. It seems likely to linger in the mind as the festival wears on.