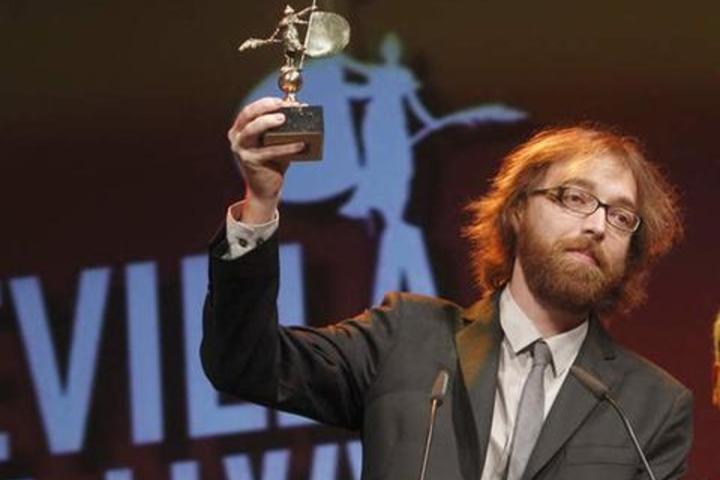 "LA ROCA" (THE ROCK), produced by 700G FILMS and directed by BFC member Raúl Santos, has been awarded with the Golden Giraldillo for Best European Documentary at the Seville European Film Festival.

The film is an epic Romeo & Juliet-type love story between the massive Rock of Gibraltar (UK) and its neighboring Spanish city of La Linea. Despite being declared enemies by their countries, the people of both cities depended on each other, got married and lived happily with their bilingual children. However, as any classic love story, it had to end in tragedy. In 1969, the only fascist dictator who survived WWII, Francisco Franco of Spain, closed the entrance to Gibraltar, isolating 30,000 people without food, water or telephone lines, and forcing the separation of hundreds of mixed families. Over 13 years people met at the border every Sunday to look through binoculars at their estranged lovers, brothers, parents and babies – screaming, “Daddy loves you” from a distance.

"LA ROCA" premiered in NYC on September 18, 2011 as part of the School of Visual Arts' Thesis Showcase and had to wait 2 months before opening in Spain. The director, Raúl Santos, tells us about the experience: "We are very surprised by the reception that the film got in Seville. We are very thankful to the audience for their warm support and spreading the word about the film. For a small company like us, that help is priceless." "LA ROCA" was the first film to sell out for all screenings before the festival had even started. More than 900 people bought tickets to watch the film and the word of mouth attracted the attention of the press in more than 70 articles, TV and radio specials. One critic reviewed the film with these words: "The lucky viewers of La Roca enjoyed filmmaking in bold letters thanks to this magnificent documentary..." (ABC).

In the closing ceremony, Raúl dedicated the award to the people of La Linea and Gibraltar: "In 1982 the frontier of Gibraltar was reopened. 30 years are more than enough to heal wounds and stop hating each other. Let's go back to that initial love. This award is to the people on both sides. Never again."

Raúl Santos is now back in New York, working in new projects but also dedicated to the distribution of "LA ROCA". The award, priced in 15,000€ for the distributors in Spain, will surely help the film get closer to a theatrical release and reach its goal of spreading this universal story to more people around the world.

Trailer and more info about the project: http://www.larocamovie.com