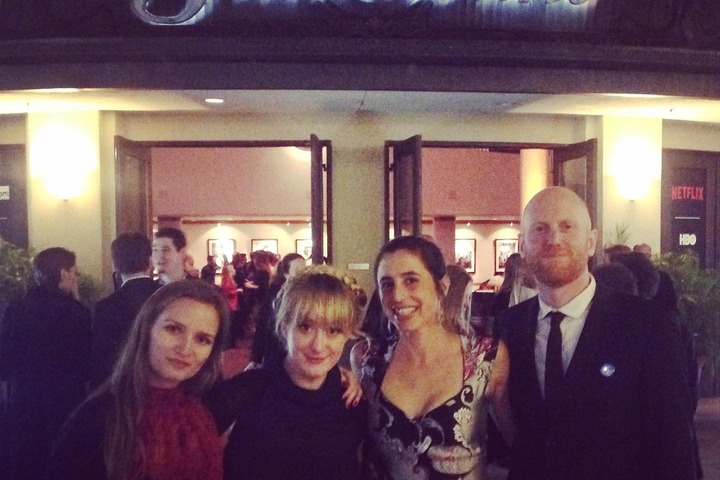 BFC represented at the International Documentary Association Awards at the Paramount Theater in LA on Friday!

Andrew Hinton and Danielle Lurie were there with Tashi and the Monk which picked up both the Pare Lorentz Award and the Best Short Award - the only film of the night to win two awards!