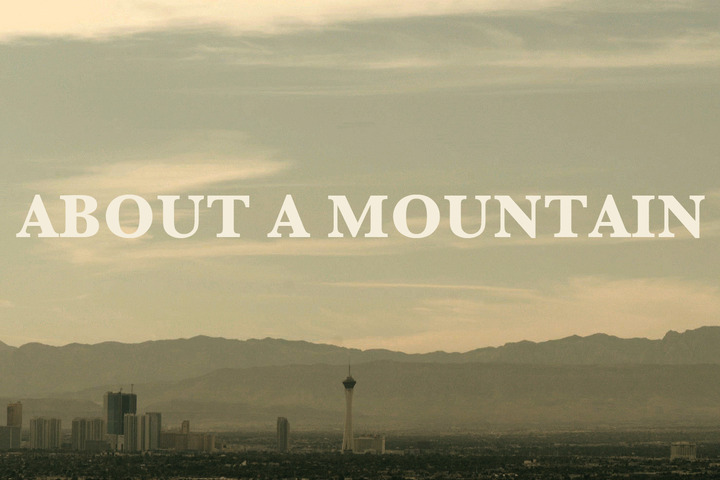 About a Mountain receives its first grant from Cinereach!

We are extremely pleased to announce that Cinereach  has awarded About a Mountain  its first grant!

Behind the façade of Las Vegas’ infamous Strip, a struggling writer searches for the meaning behind a boy’s suicide, encountering relative misfits and humbled saints, living under the shadows of a multi-billion dollar fantasy-land.

New York, NY (January 16, 2013) – Cinereach announced today that it has awarded over $500,000 in grants to 22 feature-length film projects that applied for support in 2012. More than 2,000 applications were submitted, from filmmakers based in upwards of 100 countries.

The 22 grantees in this round are comprised of twelve non-fiction films, seven fiction films, and three hybrids. The fourteen new grantees range from the early development stages to late post-production. The renewed support went primarily towards the completion of prior grantees’ films, including Cutie and the Boxer, God Loves Uganda andNarco Cultura, which will premiere at the 2013 Sundance Film Festival, and Our Nixon, which will premiere at the International Film Festival Rotterdam.

The themes of the selected projects range widely, but common threads emerge. More than a few of the films explore the tensions that arise as outsiders enter insular communities or as opposing political viewpoints collide. Some touch on the transformative power of a personal journey, or the impact on the individual in an increasingly globalized world. Others tell historical stories to understand their implications in the present, or take place at contemporary moments when history is repeating itself.

“Not only do these grantees reflect a larger number of fiction projects than previous cycles, there are also more first-time feature filmmakers, and more projects in development or early production,” said Cinereach Grants Manager Adella Ladjevardi. “Providing support early in the life of a film, or in the career of a filmmaker, sets the stage for a long and meaningful relationship.”

“These grantees reflect Cinereach’s ongoing commitment to supporting nuanced films that strive to surprise and move audiences,” said Cinereach Creative Director Michael Raisler. “I’m thrilled we have the opportunity to not only welcome exciting new projects into the family, but also to fuel our existing grantees’ creative ambitions as their projects near completion.”