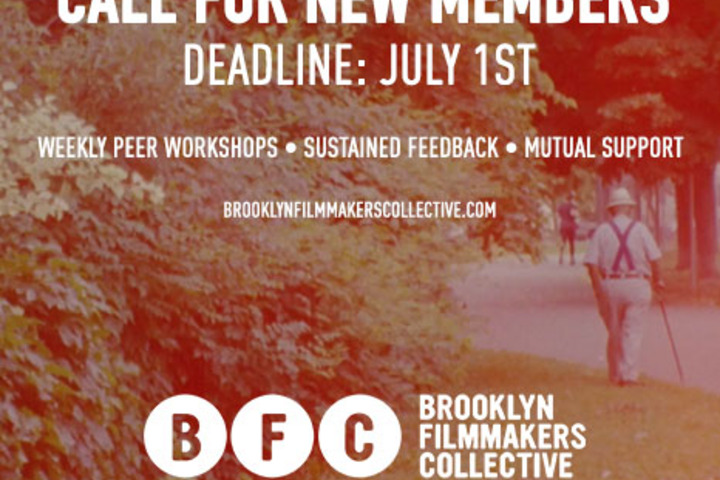 CALL FOR NEW MEMBERS:
The Brooklyn Filmmakers Collective (BFC) and BFC Writers (BFCW) are currently open for new members. BFC/W is a tight-knit community of professional filmmakers in Brooklyn, NY who are dedicated to innovative approaches to filmmaking. Show us your best work! The only stipulation is that you have creative control over the work and you make passion projects. (Sorry, we don't workshop ads or commercial work.)

We believe that collective should represent diverse voices. And we believe films should be made by people with different backgrounds and perspectives, too. The Brooklyn Filmmakers Collective welcomes women, filmmakers of color, immigrants, members of the LGBTQ community and others who identify with underrepresented groups. We strive to have a diverse, comfortable, creative environment for everyone!
Our mission is to be a supportive network of filmmakers and we are actively seeking new members who can add unique perspectives and approaches to our existing community.
For the Brooklyn Filmmakers Collective 2019 application, please click here: https://bit.ly/2WBPeFE 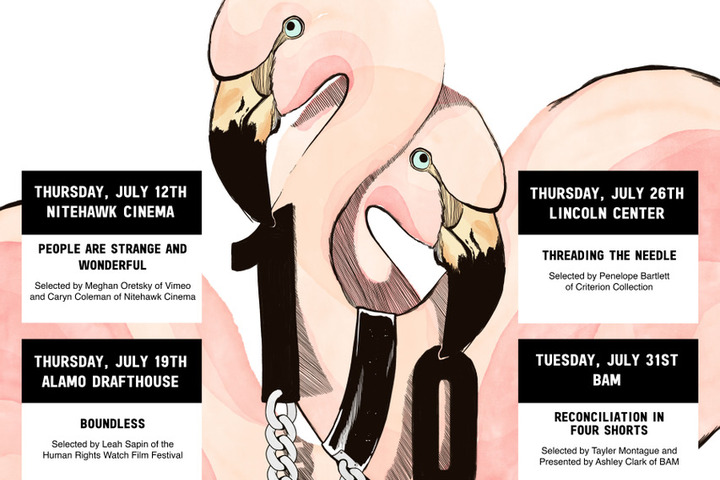 To celebrate, we’ve partnered with some of New York City’s top programmers, curators, and cinemas to create a showcase of our members’ work and celebrate the ethos of collaborative filmmaking. Hope to see your fine butts in theater seats throughout the city this summer!

People Are Strange and Wonderful 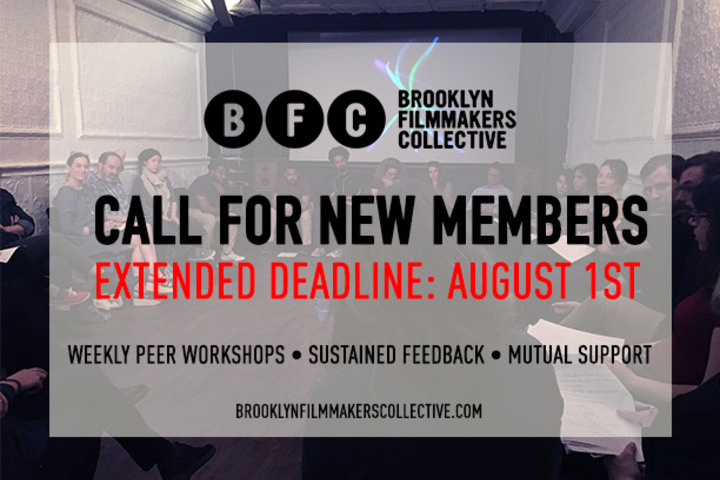 The Brooklyn Filmmakers Collective (BFC) is currently open for new members! We want you! To apply please fill out our application by July 23rd

BFC is a tight knit community of filmmakers dedicated to mutual support through weekly peer workshops and sustained feedback for its members projects. Beginning in September, we will resume our weekly meetings every Wednesday evening in Brooklyn, NY to screen and discuss new work. Please note that we expect members to attend most meetings.

Our mission is to be a supportive network of filmmakers and we are actively seeking new members who can add unique perspectives and approaches to our existing community. We believe that diverse voices makes for stronger work. And we believe films should be made by people with different backgrounds and perspectives, too. The Brooklyn Filmmakers Collective welcomes women, people of color, members of the LGBTQ community and others who identify with underrepresented groups. We strive to have a diverse, comfortable creative environment for everyone! 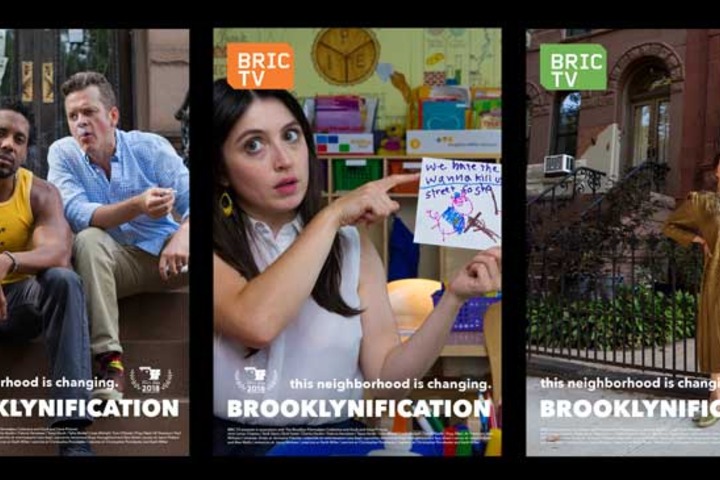 Written by Christopher Poindexter (72 Hours: A Brooklyn Love Story?) and directed by Keith Miller (Five Star, Welcome to Pine Hill), who also serve as co-creators, the second season of Brooklynification is both a wildly funny and eye-opening take on rapidly gentrifying neighborhoods in the county of Kings. Among the cast of characters are Love Parker (Lizan Mitchell: Detroit, Unbreakable Kimmy Schmidt), a senior citizen displaced by the sale of her longtime home and forced to interview for a room with a group of socially conscious youngsters; Dalton (Lamar Cheston) and Dawn (Felecia Harrelson), a couple forced to confront the awkwardness of cultural differences with their son’s teacher, Miss Amy (Tallie Medel: Snowy Bing Bongs, Stinking Heaven); and Colby Dunne (Tom O’Keefe), a new homeowner who has to reckon with an unexpected guest. For fans of Portlandia, High Maintenance and Broad City, this hilarious and diverse cast of characters take on the good, the bad and the awkward as transforming neighborhoods face the unexpected encounters of Brooklyn’s rapidly changing streets. The show is co-executive produced by Joyce Mishaan (Chopped, Climate Reality Project). The series is executive produced by BRIC's Aziz Isham and Kuye Youngblood. 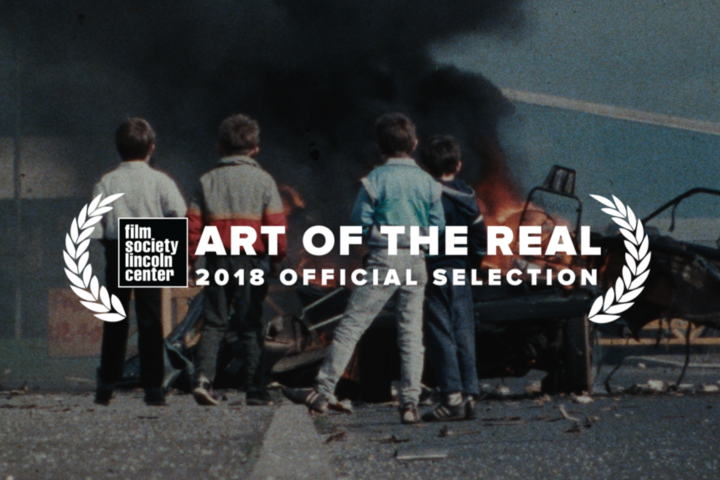 “A moving and thoughtful first-person essay film … No longer beholden to his elder’s legacy, Foreman seems poised to carve out one of his own.” 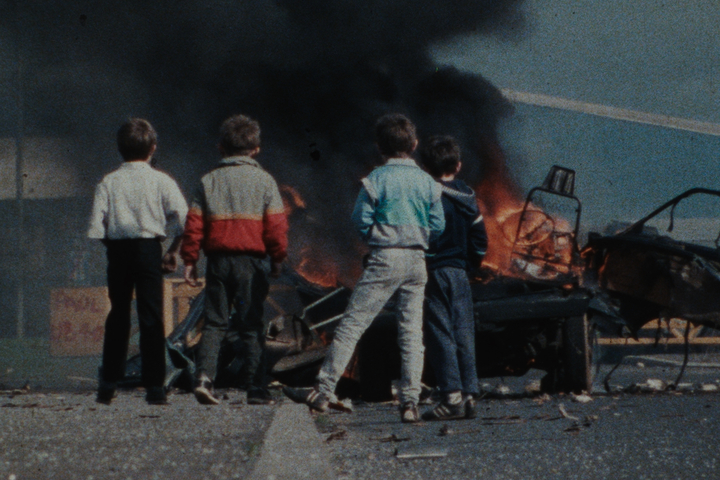 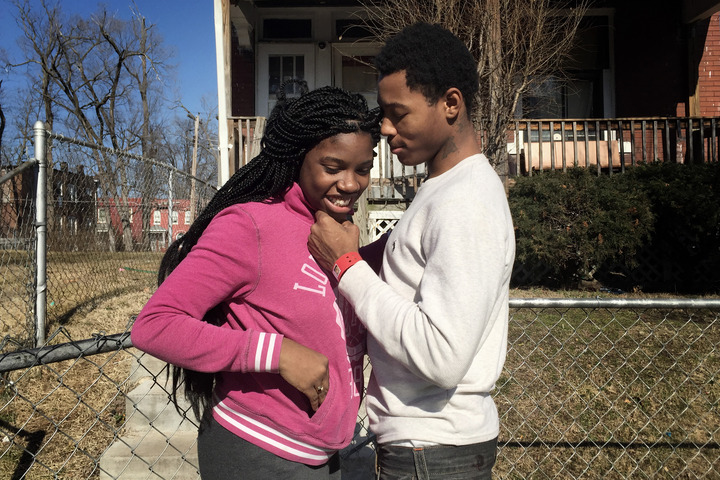 We are super excited to announce that BFC-helmed feature documentary For Ahkeem is opening in New York City at BAM on October 13! A coming-of-age story of a Black teenage girl in North St. Louis fighting for a better future against the backdrop of the Ferguson uprising, For Ahkeem is an official selection of over 45 film festivals, including the Berlinale, Tribeca, Hot Docs, Sheffield, AFI Docs, and IFF Boston, where it won the Grand Jury Prize. Please help us spread the word and pack the house!

After a school fight lands 17-year old Daje Shelton in a court-supervised alternative high school, she's determined to turn things around and make a better future for herself in her rough St. Louis neighborhood. But focusing on school is tough as she loses multiple friends to gun violence, falls in love for the first time, and becomes pregnant with a boy, Ahkeem, just as Ferguson erupts a few miles down the road. Through Daje’s intimate coming-of-age story, illuminates challenges that many Black teenagers face in America today, and witnesses the strength, resilience, and determination it takes to survive.

“Masterful...shows us the undeniable power of cinema."
– Huffington Post

“One of the most powerful documentaries ever crafted about the current nature of race relations in America.”
– Toronto Film Scene

“For Ahkeem is THE millennial documentary on Black girlhood"
– Jet

“This verite doc about a St. Louis teen offers compellingly humane proof of the fact that Black lives matter”
– IndieWire

“A quietly impactful documentary with the texture of a narrative feature.”
– The Hollywood Reporter

“The deeply personal tale of one young student as she experiences loss, love and dreams that never fade.”
– People Magazine

“We see and feel what Boonie is experiencing and it changes how we see life...Truly amazing”
- Unseen Films

“Intimate and touching”
– The Playlist

“A remarkable experience”
– The Knockturnal