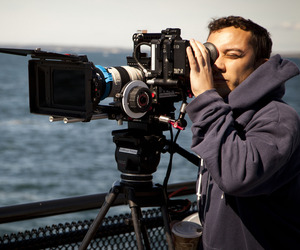 Nicholas Payne Santos is a twenty-nine year old filmmaker based out of Brooklyn, NY. He is a writer, director and producer at BullMoose Pictures and is a proud member of the Brooklyn Filmmakers Collective.

Santos was born and raised on Cape Cod, Massachusetts and is of Cape Verdean descent. Nicholas is currently pursuing his Film MFA in Creative Producing at Columbia University School of the Arts. He attended Ithaca College, where he graduated in 2010 with a Bachelor of Science in Cinema & Photography. 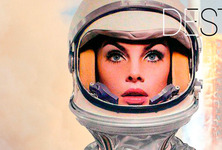 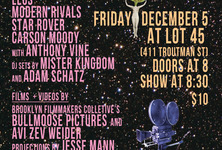 BFC films at SCREEN/SOUNDS, an evening of cosmic A/V collaborations