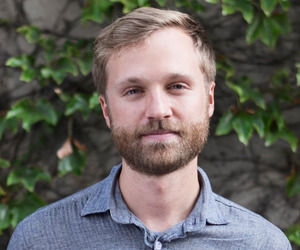 Jeremy S. Levine is an award-winning filmmaker and educator based in Brooklyn, NY. His films explore race, trauma, and disillusionment and seek to unearth buried tragedies and work towards the often-elusive goal of reconciliation. He has lectured on film production, directing, ethics, and theory at universities around the country including Hunter College, American University, and the University of Washington.

An Emmy award-winning filmmaker and two-time Sundance Institute fellow, his work has screened at hundreds of film festivals around the world including the Berlinale, Tribeca, and IDFA, streamed on Netflix, Amazon Prime, Sundance Now, and Hulu, broadcast nationally in six countries, and been recognized with awards for craft, storytelling, and a commitment to social justice.

He directed and co-produced For Ahkeem, a feature film about a Black teenage girl fighting to make a better life for herself and her son in North St. Louis. The film had its world premiere at the 2017 Berlin International Film Festival where it was nominated for the Glashütte Original Documentary Award. For Ahkeem has played as an official selection of over 60 film festivals—including Tribeca Film Festival, Hot Docs International Documentary Festival, Sheffield Doc/Fest, and AFI Docs—where it won 10 awards, including 7 “Best Documentary Awards.” During its limited theatrical run, For Ahkeem was named in the Top 10 Lists by both Entertainment Weekly and People and was included on the “Unforgettables” List by the Cinema Eye Honors, a list that IndieWire writes “helped to define documentary cinema in 2017.”

He produced and edited Good Fortune, a feature documentary about how efforts to aid Africa may be undermining the very communities they aim to serve. The film was awarded the Witness Award for Human Rights at its 2009 AFI Silverdocs Film Festival premiere and the 2010 Overseas Press Club Carl Spielvogel Award for international reporting. Good Fortune was broadcast on the award-winning PBS series, POV, where it won a 2010 Emmy.

Previously, Levine produced for National Geographic and PBS NewsHour and worked as an editor on Everything’s Cool, a feature documentary about global warming that premiered at the Sundance Film Festival.

Levine has also directed short films, including Am I Next, a documentary about a teenager navigating the protests on the streets of Ferguson. The short was featured on Time Magazine, Upworthy and Dazed Magazine and selected as a Vimeo Staff pick, with over 500K combined views.

Levine received a degree in Documentary Production from the Park School of Communications at Ithaca College, where his work was nominated for a Student Academy Award. As an undergraduate, he directed, produced, and edited Walking the Line, a feature documentary about vigilantes along the U.S.-Mexico border that screened at dozens of festivals around the world.

In 2008, Levine co-founded the Brooklyn Filmmakers Collective, a community of professional filmmakers dedicated to collaboration and mutual support. Collectively, the group has produced work that has screened at Sundance, SXSW, Tribeca, Slamdance, A&E, PBS, IFC, and HBO. BFC members have received awards from Sundance, the Independent Spirit Awards, Gotham Awards, and their work has been nominated for the National Academy Awards.

Alongside Landon Van Soest, Levine launched the Emmy award-winning production company Transient Pictures in the fall of 2006. The company has produced a wide range of original content for non-profits like Unicef, the Dramatists Guild Fund, and Covenant House, international companies like 23&Me, Brooklyn Brewery, and Ben & Jerry’s, and major broadcasters like ABC, National Geographic Channel, and PBS. 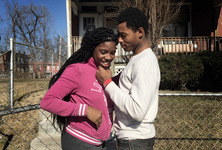 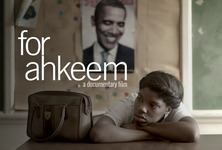 For Ahkeem heading to the Berlin Film Festival 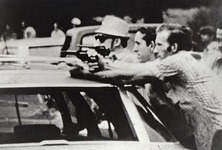 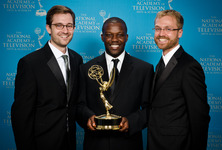 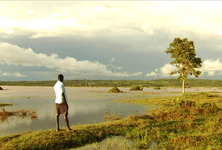