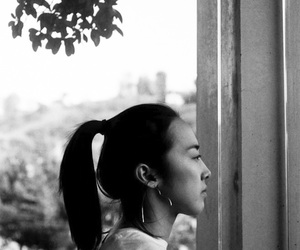 GRACE KIM is a Korean-American writer-director who uses absurdism and magical realism to explore loss, loneliness, and grief. To date, Grace has written and directed five short films which have won awards and screened at festivals nationwide such as the Hamptons International Film Festival, Sidewalk Film Festival, and Tall Grass Film Festival amongst others. Outside of festivals, her work has screened at the Museum of the Moving Image, Syndicated Theater, and the Hartsfield-Jackson Atlanta Airport. Her debut short Loveseat was a finalist for the 2020 Horizon Award presented at the Sundance Film Festival.

In addition to television, Grace is a Picture Farm Directing Program fellow for female commercial directors and a member of the Commercial Directors Diversity Program's inaugural 50/50 mentorship program.

Grace's short films have been supported by the Atlanta Film Society for the Hartsfield-Jackson Airport, NYC Women's Fund, administered by the Mayor's Office of Media and Entertainment and New York Foundation for the Arts, and the Local Arts Fund administered by the Brooklyn Arts Council.

Grace is currently repped by Avalon Entertainment as a writer/director.