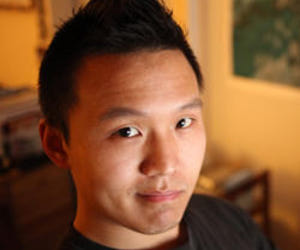 Bryan Chang is a documentary film director, cinematographer, and editor whose films have been featured by The New York Times, National Geographic, TIME Magazine, The Atlantic, and MoMA, screened at Sundance Film Festival, and distributed theatrically. His feature-length documentaries include BRASSLANDS (director), NARCO CULTURA (editor), DARK MONEY (editor) and ISLAND SOLDIER (producer/editor). He edited on the Emmy-nominated documentary series A YEAR IN SPACE, and his work on two TIME Magazine documentary shorts AMNESIA AND A CAMERA and BREACH OF FAITH won first place awards from Pictures of the Year International and the PDN Photo Annual. He is a co-owner of Meerkat Media, a cooperatively-run production company specializing in both independent feature documentaries and commissioned work, that have broadcast on HBO, PBS and CNN.