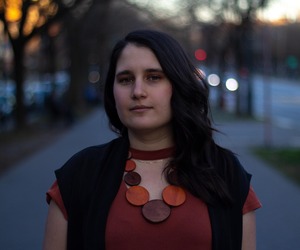 Beyza Boyacioglu is an editor and director from Istanbul, currently based in Brooklyn. Her work has been exhibited at MoMA, IDFA, RIDM, Barbican Centre, Maysles Cinema, Morelia International Film Festival, !f Istanbul and many others. Her most recent project "Zeki Müren Hotline" is an interactive documentary about Turkey's controversial pop icon. The project was created during her time at MIT's Open Documentary Lab. In 2013, she directed "Toñita’s" which portrayed the last Puerto Rican social club in South Williamsburg, Brooklyn. She was an editor and supervising editor for two international web series for BBC Reel, BBC Future and BBC Capital. Most recently, she worked as an additional editor on Debra Granik’s upcoming untitled documentary and Cory Choi’s horror-drama "Esme, My Love" as a part of The Edit Center's The Art of Editing program. She received fellowships from Chicken & Egg, Flaherty Seminar, UnionDocs, and Greenhouse for MENA filmmakers, and grants from ARTE, LEF Foundation, MIT and SALT. She is currently a Karen Schmeer Diversity in the Edit Room Fellow and an editor on Vivek Bald's upcoming feature documentary "In Search of Bengali Harlem." She holds an MSc in Comparative Media Studies from MIT and an MFA in Computer Arts from SVA.