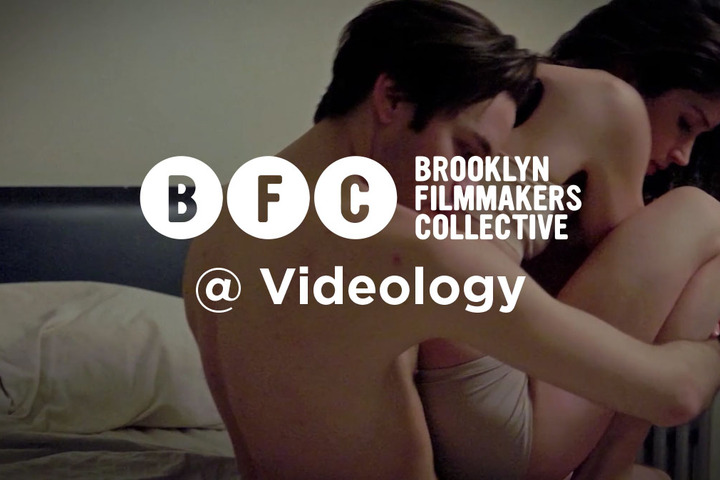 Videology is the place to see the freshest homegrown cinema the city has to offer. Every Monday night, local filmmakers present their shorts, features, web series, and much more. Join us following the screening for the filmmaker after-party! This week, the Local Filmmaker Showcase teams up with the the Brooklyn Filmmakers Collective to present a series of short narratives, documentaries, and music videos by BFC members!

Mon Reve Familier
Dir. Jimmy Ferguson. 13 min.
A circus performer recalls a doomed passion in this stunningly captivating visual piece shot on 35mm. The images and words of the woman he loved haunt him as she eludes him in a sensual dance. The film, like Verlaine’s poem, becomes a subtle study evoking the mystery of love and of loss.

When The Land Turned Black
Dir. Ashley Panzera. 4 min
When The Land Turned Black is a glimpse into the life of a third generation farmer in North Dakota, Donny Nelson, and the changes he’s seen to his land during one of America’s largest oil booms. He’s now surrounded by 25 oil wells, and documented spills, accidents and the release of dangerous gasses on his once-peaceful farm. Donny’s connection and love for his land is a powerful contrast to the oil industry around him.

Am I Next
Dir. Jeremy Levine. 5 min
Looting, chanting, tear gas, rubber bullets – these are the images from Ferguson, Mo. entering American homes. But the vast majority of protesters are armed with little more than chalk and paper signs, hoping to create a memorial for Michael Brown, the teenager killed by a police officer in the St Louis suburb on Aug. 9. We followed teenager Shane Flowers as he weaved through the protests, attempting to let his voice be heard and fight for change with darkness slowly falling on Florissant Avenue. As he moves through the crowds, he hears differing opinions from other protesters on the best ways to fight for change.
Shot as part of the feature documentary School of Last Resort

Chris Casey. 3 min
Story of a relationship through dance on film

Videology’s Local Filmmaker Showcase is a weekly screening series of works by NYC-based filmmakers. We celebrate and promote a media-making community that is as diverse as the make-up of New York City and provide a nurturing space for filmmakers to connect, learn and promote their work. Local Filmmaker Showcase is co-curated by programmer Austin Kim and filmmaker Dylan Stephen Levers.