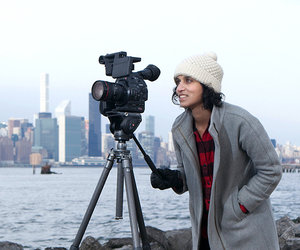 Veena Rao is a filmmaker and producer whose work has screened at festivals across the U.S. and internationally, has been featured on publications such as The New York Times, The Atlantic, and National Geographic, and has been supported by the New York Council for the Arts.

She is an alumna of NYU's Tisch School of the Arts and a member of New York Women in Film & Television.