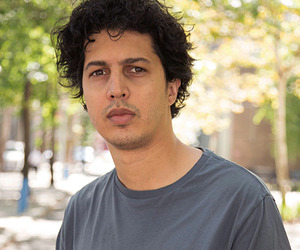 Sofian is the founder of Capital K Pictures, a New York-based production house. His short work has appeared on Field of Vision, The Fader, Al Jazeera, NBC and The Atlantic Selects. He is a 2016 MacArthur Documentary Grant recipient for The Interpreters — a feature-length documentary about Afghan and Iraqi interpreters who worked with US forces. The film was completed with support from ITVS, the Tribeca Institute and Firelight Media, and is being released on the 18th season of PBS’ Independent Len series.

His first feature documentary Gaucho del Norte — following South American sheepherders who are recruited to work in the American West — made its broadcast premiere on PBS’ America ReFramed series in 2015. Currently, Sofian is producing An Act of Worship, based on a short he co-directed for Field of Vision about the 2017 travel ban. It has received support from Ford Foundation’s JustFilms, Chicken & Egg and Made in NY, amongst others. Sofian is a Sundance Institute Creative Producing Fellow and is developing several new projects under the Capital K Pictures banner.