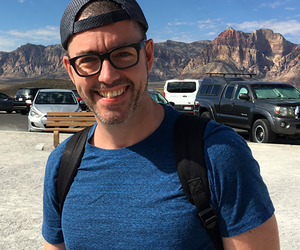 Born in Dublin and a resident of Brooklyn since 2000, Paul is a visual artist and filmmaker. He first began making films on Super 8 in 1995. Since then he has completed over 30 shorts, documentaries, video installations, and experimental films.

His most recent film, THE RED TREE, tells the little known history of Italian gay men being deported to a prison island under Mussolini's Fascist regime in the 1930s. THIS ONE'S FOR THE LADIES which Paul shot and produced with director Gene Graham premiered at SXSW 2018 where it received a special jury award, and was picked up by NEON for distribution.

Paul is a founding member of the production collective Still Films. They are based in Dublin and New York, with Paul running the Brooklyn office. Their films include Seaview, Pyjama Girls, Last Hijack, Lost in France, The Participants, The Rooms, and Build Something Modern. Still Films have screened their work at festivals internationally including Berlinale, Sundance, Edinburgh, Hot Docs, Sheffield Doc/Fest, New York Film Festival, SXSW. Paul has also shown his work in art spaces including Centre Pompidou, Irish Museum of Modern Art, Haus der Kulturen der Welt, Berlin, The Hammer Museum Los Angeles, and The Photographers' Gallery London.