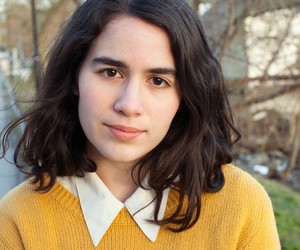 Nathalie is a Costa Rican-Swedish filmmaker. Currently she’s finishing her M.F.A. in Film Directing and Screenwriting at Columbia University in New York, while developing her first feature film, Clara Sola, a Swedish-Colombian co-production. In 2016 her short film Filip was awarded Best Live Action film at the Palm Springs ShortFest, and her short film, Asunder, screened at the Telluride Film Festival as part of the Calling Cards program. Nathalie is an alum of Berlinale Talents, TIFF Talent Lab, NYFF Artist Academy, Cine Qua Non Lab, and the Latino Screenwriting Project. She is part of the Brooklyn Film Collective.