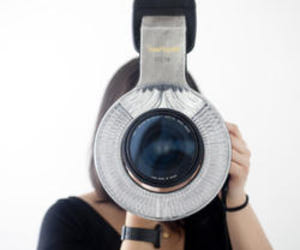 Lam Thuy Vo is a multimedia reporter, data journalist and coder for NPR's Planet Money. She enjoys experimenting with different storytelling formats and is constantly learning new software and coding languages to tell stories in new and compelling ways. She's especially interested in bringing the world of documentary closer to that of data and interactivity.

During a POV/PBS hackathon, she co-created Data Docs, a platform that produces interactive charts from live data and integrates them into animations. She has produced multimedia components on-stage performances  in collaboration with her colleagues at Planet Money. She told stories about the Japanese Earthquake  with panoramic images, interactive maps, animation and video.

Before coming to NPR, Lam spearheaded video operations for The Wall Street Journal in Asia. As the editorial lead for video content in the region, she worked with more than a dozen bureaus in the region to create both breaking news stories and enterprising multimedia projects. During her stint in Asia she reported on subjects, ranging from China's property market to the North Korean shelling of the South Korean island Yeonpyeong to climate change issues in Vietnam's Mekong Delta.

An Introduction to Data Journalism and Infographics (April 9, 2013)

An Introduction to Data Journalism and Infographics (April 9, 2013)