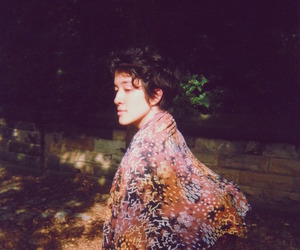 Kira Dane is a half-Japanese filmmaker and illustrator from New York. She graduated from New York University’s Tisch School of the Arts, where she majored in Film & Television. Most recently, she directed, animated, and edited “Mizuko”, a short documentary that won support in a pitching event for Tribeca Institute’s If/Then Shorts Program. The film's world premiere will be held at IDFA. This year she was chosen as one of the 2019 fellows of the Sundance Ignite Program. Kira is particularly interested in experimental and animated documentaries.