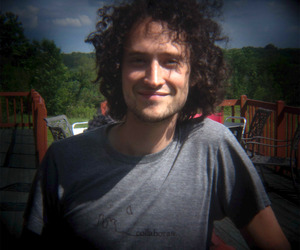 Jeff Sterrenberg is an award winning filmmaker and teacher currently based in Brooklyn, NY. With over 8 years of experience his work has been seen on The Documentary Channel and TIME and he was on the editing team of the Oscar nominated short documentary "Sun Come Up."  Jeff strongly believes in the power that media has to initiate and invigorate important social, cultural, and intellectual dialogues.

In addition to the Brooklyn Filmmakers Collective, Jeff is a proud member of the Meerkat Media Collective, an award winning interdisciplinary collection of artists who prioritize shared authorship and skillsharing within their creative process.  He is also one of the directors, cinematographers and lead editors for their upcoming feature documentary Brasslands which has been featured as a work-in-progress by Rooftop Films, IFP's Spotlight on Documentaries and the Paley Center Doc Fest.