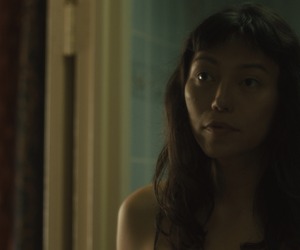 Isabel is a New York-based Filipino filmmaker. She has produced, written and directed two full-length features, including the Filipino-language Señorita (2011), which premiered in competition at the Locarno Film Festival in Switzerland and was nominated for Best Picture by the Young Critics Circle of the Philippines. Señorita also won her the Emerging Director Award at the 2012 Asian-American International Film Festival.

Her second feature film, Apparition (2012), a period drama about cloistered Filipino nuns during the Marcos regime was widely acclaimed in its Philippine theatrical release and won a number of international awards, including the Network for the Promotion of Asian Cinema (NetPAC) Award at the 2012 Hawaii International Film Festival as well as the Audience Award at the 2013 Deauville Asian Film Festival in France. Variety Magazine touts Apparition as an “outstanding sophomore feature...[an] intelligently scripted and deeply moving mood piece.” Apparition had a week-long theatrical run at the Museum of Modern Art in New York in 2013. Apparition is currently available on iTunes.

She is in post-production on her third dramatic feature, "Lingua Franca". Her fourth, "Park Avenue, is slated to be in production in summer 2019.

Isabel has a MBA from the New York University Stern School of Business and has a background in CPG brand management.