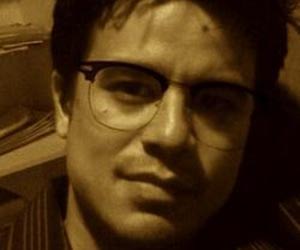 Ezra Peace is an up-and-coming narrative writer/director with a flare for dark address to social issues. He strives to get the best, most accurate and truthful performances from his actors (and crew) by engaging them in a collaborative spirit. With a background in cinematography, lighting and mood play an important part of his directorial style and is blessed by the filmmaking gods to have the most talented and chemistry driven crew in existence.

He is not well-known for, but created anyway, the films "Palmzooka", "Catch of the Day", "Domesticated Secret Agent", and "The Way We Need Her" is currently promoting his fifth film titled "Death and Beauty" which is making its rounds in the festival circuit, and has recently completed post for his 6th film "Double Crossed". He is also developing several more short and feature length scripts for production this year. Most notable of which is called Interrupted. Look for Double Crossed and Interrupted in theaters and festivals this year. Ezra is a proud member of the Brooklyn Filmmakers Collective.