Donal Foreman is an Irish filmmaker, critic and programmer living between Brooklyn and Dublin. He is currently working on his first feature film, Out of Here, in Ireland with Stalker Films.

An alumnus of the Irish National Film School and the Berlinale Talent Campus, Donal has written, directed and edited eight fiction short films since 2006, as well as several experimental and documentary works. His fiction films have been created through a mixture of script, rehearsal and improvisation, and share a concern with notions of togetherness, solitude, memory and escape, paying close attention to the sensual minutiae of human behaviour, relationships and interaction with urban spaces - as well as the textural and expressive qualities of light, colour and sound.

Since winning the title of Ireland's Young Filmmaker of the Year at the Fresh Film Festival in 2003, Donal's shorts have been screened across Europe, Asia and South America and in the US in New York, California, Florida and Alaska. Film Ireland called one of his early shorts among “the very best short cinema this country has produced in recent years” and the Irish Sunday Tribune described his film school graduate short as “ambitious, confident stuff, told with visual aplomb.”

As a freelance film critic, Donal has been featured in many publications internationally, including Cahiers du Cinema, Film Ireland and the Brooklyn Rail. He is also a board member and film programmer for the Fresh Film Festival and for Dublin’s Experimental Film Club. Since 2010, he has been presenting his work internationally as part of the (An)Other Irish Cinema collective. 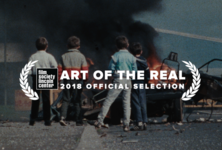 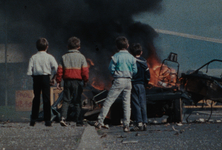 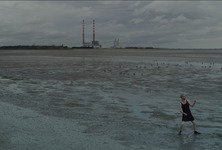