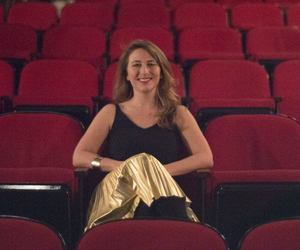 Dania Bdeir is daughter to Syrian parents who called Lebanon their home. Bdeir is a writer & director with an intense love/hate relationship with Lebanon. Her work focuses on social and cultural stories about Lebanon, her biggest heartache and sincerest inspiration. Bdeir was born in Canada, where her parents traveled to escape the Lebanese civil war. They later moved back to Beirut, where she received her Bachelor’s degree in Graphic Design from the American University of Beirut.

In 2016, Bdeir received her MFA in writing and directing from Tisch School of the Arts where she received a full scholarship on her third year. Her pre-thesis film Meshkal (English title: Kaleidoscope), has traveled to film festivals in France, Morocco, Pakistan, Mexico, Czeck Republic, India and many more. It has won a few notable awards including "Award of Excellence" at the 2014 Canada International film festival and "Golden Palm" at the 2014 Mexico International Film Festival.

Bdeir, now a member of the Brooklyn Filmmakers Collective, is now touring the festival circuit with her latest short film Bil Abyad (English title: In White)which had its world premiere at the 2017 Clermont-Ferrand International Short Film Festival.


In White, which received the Spike Lee production grant as well as the 2016-2017 Riese award, is a proof of concept for her first feature film which she is currently in development for.