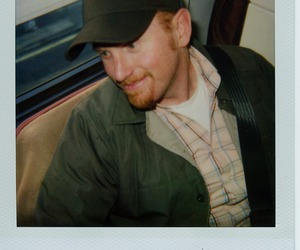 I had an epiphany watching a documentary as a teenager. I heard a voice behind the camera and realised there was a human being there, asking questions. It took some years for this simple but life-changing realisation to filter across to the "I Could Do That" part of my brain, so I studied International Relations, took a Masters degree in Media Production, watched a lot of films and upon graduation confidently declared I was now a filmmaker, before quickly discovering it was not yet so.

I got a break on Pawel Pawlikowski's Last Resort and my tea-making skills kept me busy for the next couple of years. My first proper credit came when I worked with Marc Isaacs on his debut film Lift.

Thereafter I bounced between drama and documentary until settling as in-house studio producer for CC-Lab in London, which led to music videos, performance films, working with brands and many late nights. It was the start of a creative relationship with director Paul Kelly and the band Saint Etienne. We made three musical doc features together and spent a year as Artists in Residence at Southbank Centre.

Four years ago I finally became that person behind the camera asking questions.

I was drawn to India by a bank manager using his position to bring about social change and then kept returning to that strange and magical/chaotic country to find stories and people who inspired me. I spent 18 days living on an Indian train to document the Jagriti Yatra and met a paperboy in Jamshedpur who I followed for a day, creating a short film which won the 2012 Vimeo Documentary Award. I also worked with an NGO to make a film about handwashing which has been viewed over 350,000 times.

My latest film is Tashi And The Monk, a 40 minute documentary about a remarkable children’s community in the Himalayas made in collaboration with friend and editor Johnny Burke. 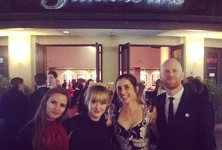