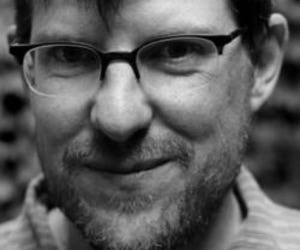 A multi-skilled investigator and creator of stories and ideas about our so-called 'environment', he's also a closet product designer and mad-keen birder.

He won an Honorable Mention at the 2010 International Wildlife Film Festival for 'Wild New York', his documentary about urban wildlife fanatics in Manhattan and their relationship to city-dwelling birds of prey. He's produced inserts for www.carteblanche.co.za on mine pollution and worker abuse at Johannesburg-area gold mines, investigated land grabs in Mozambique for www.motherjones.com and written on a wide range of environmental issues for www.noseweek.co.za, South Africa's most independent newsmagazine. His blog on the Sony HXR-NX5 camera gets a few thousand hits a month and he's co-authored academic articles on ecosystem services and conservation planning in Ecological Economics and The Proceedings of the National Academy of Sciences.

He's currently developing projects on the end of Johannesburg's gold mining era, a rare rhinoceros, the cult of lawns and bird conservation. He can often be found in Prospect Park chasing warblers or tweeting at www.twitter.com/adamwelz